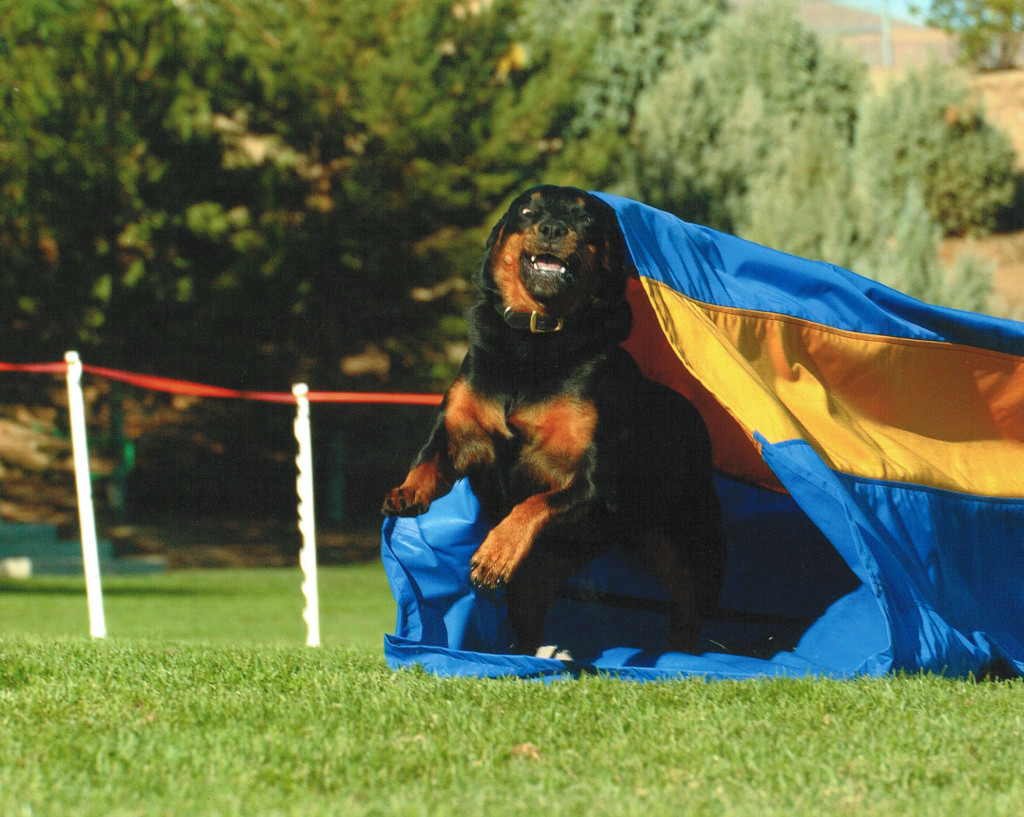 Agility trials are an American dog show phenomena….sweeping the nation…a big crowd pleaser….as much fun to watch as they are to participate in!   The first agility trial in Klamath Falls was held in 1999 by our neighboring club, Rogue Canine Agility.  In 2008, Klamath Dog Fanciers was approved to hold agility trials, and now hold them in May and October each year. 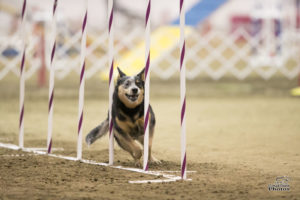 Agility trials are relatively new on the dog show scene. They first appeared at big horse shows in England during intermission when dog owners put their dogs over mini-versions of the jumps and obstacles the horse folks used. These agility courses for dogs caught on like wildfire! It wasn’t long before they had spread from England to international competitions.

Most dogs naturally love to run, climb, jump and turn. Agility trials are a great chance for them to show off these inherent skills and, at the same time, work closely with their favorite teammates –their owners and handlers.

As they scamper over foot bridges and A-frames, through hoops and over jumps, the dogs are constantly alert to the verbal cues and body language of their owners and handlers. It’s the epitome of teamwork. The agility trials feature as many as 18-20 obstacles that the dog has to complete in the sequence stipulated by the judge.

Herding dogs in general are outstanding at agility events and often win these trials. But it’s neat to watch the little guys – like the Papillons – and the big guys – like the Great Danes – do the classes. The big dogs often have to get down on their “hands and knees” to get thru some of the tighter spaces. Dogs don’t have to be particularly athletic or coordinated to do agility. If you can train your dog to do obedience, you can train your dog to do agility….they love it! 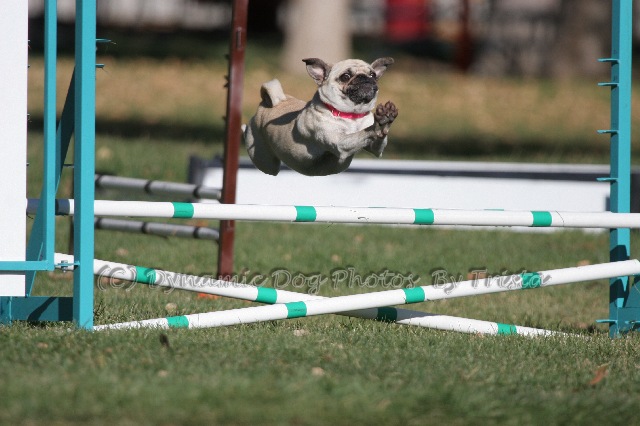 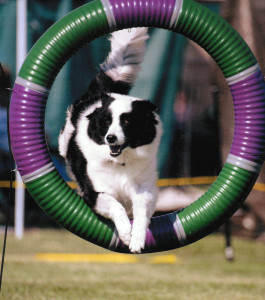 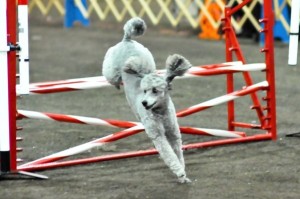 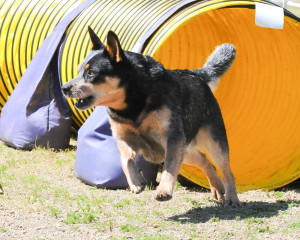 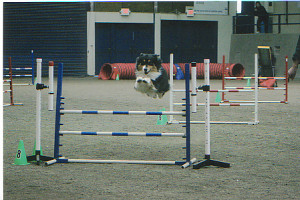